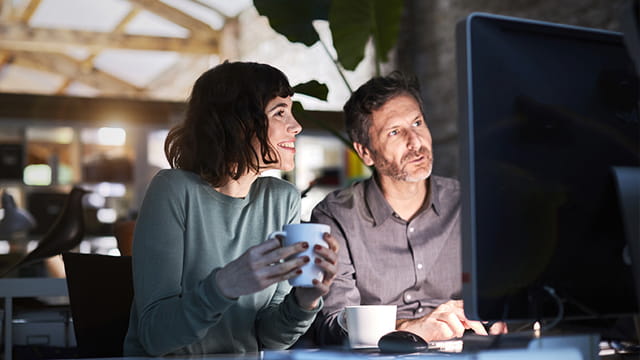 We come across new applications for Optical Character Recognition (OCR) technology in some of the unlikeliest of places. A recent example involves the use of computer vision in the online gaming industry. However, even more established applications like Enterprise Content Management (ECM) or Data Loss Prevention (DLP) are enjoying renewed innovation due to cutting-edge advances in the underlying OCR technology.

Take, for example, DLP services. Modern DLP applications promise to monitor, and keep safe, all employee communications that occur while using an organization’s IT resources. This includes computers, mobile devices, multifunction printers, fax machines and more. Until now, this has meant examining emails, text messages, faxes, printouts, copies and scanned documents. What has not been feasible is the ability to monitor what’s being viewed or typed on an employee’s computer screen. This is important for a number of reasons, including the ability to recognize a potential data breach before it happens – instead of just notifying security after the information has been sent and the breach has occurred.

As the previous example illustrates, the ability to convert machine-printed text into a format that modern-day machines can read, learn from and utilize in business processes is essential. Today's businesses need an OCR solution that’s versatile and accurate. Embracing new ways to host cloud applications to reduce costs and keep deployments efficient is also important.

With the availability of the Kofax OmniPage Capture SDK toolkit version 21 for Windows, we deliver on the promise of improving upon the core technology that runs today's critical machine learning, DLP, RPA and document conversion solutions. This release expands upon the available programming languages developers can leverage to integrate OCR technology into their applications. It also provides DevOps and IT a toolkit that's fully compatible with container technologies like Docker.

New enhancements to the toolkit make it more broadly accessible and easier to use. How? By doing more of the heavy-lifting for the developer.

The core benefit delivered by an OCR toolkit is the accurate conversion of text from an image. OmniPage Capture SDK implemented new algorithms for processing mixed alphanumeric strings, leading to accuracy improvement of up to 67%. Better accuracy means less exception handling for developers, and potentially less manual work for end users.

With the addition of the Screen Capture OCR enhancements, developers easily recognize data from screen capture images, allowing them to automate even more processes that previously required manual intervention. Screen capture images are in a special RGB format that previously could not be binarized well. This new capability features several special algorithms to convert this format into better binary images for higher OCR accuracy and is very useful to those developing AI/ML, DLP and RPA systems.

ISVs/developers who deploy applications in a containerized environment, like Docker, weren’t able to deploy the CSDK in a container. With the addition of .NET Core libraries, deployment of the Windows v21 Capture SDK is now possible in a Docker container on Windows Server Core and Windows Nano Server.

Numerous core enhancements to memory handling, the addition of PDF 2.0 (ISO 23000-2) support, numerous PDF manipulation methods, PDF super-compression and improvements to 1D/2D and QR barcode recognition allow developers to improve both the performance and available functionality they deliver to users.

Backed by our support team, the latest version of the OmniPage SDK has the world’s most accurate, reliable and powerful OCR technology for vertical-specific applications and offers a number of flexible pricing and licensing options, fitting perfectly into your go-to-market strategies – now.

"The OmniPage Capture SDK has a broad array of capabilities in myriad languages and environments – be they desktop, server or cloud – today’s most innovative products and DevOps teams rely on," said Maureen Polte, VP of Products at Kofax. "Our new release builds valuable new features on top of the industry’s most accurate OCR engine to increase productivity, lower costs and improve ROI – which Kofax has amplified for over 30 years."


Learn more about the full value of OmniPage Capture SDK.