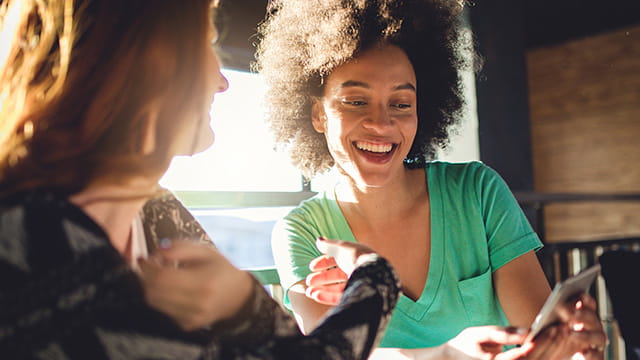 Through the 2010s, organizations deployed automation to achieve greater efficiencies. But until recently, most have only done so through discrete projects. As we approach a new decade, executives have grand aspirations to automate end-to-end operations. Those dreams will become reality faster than they might expect, especially as many organizations are in ideal positions to implement an integrated platform.

A Forbes Insight survey of more than 300 senior-level executives found a majority of enterprise leaders (more than 90 percent) consider process automation important for the future success of their business. In the same survey, more than three-quarters of respondents said 60 percent or more of process work in their organization could be automated, and nearly one in five put that number at 80 percent.

Even better news for forward-looking organizations: The opportunity to work like tomorrow – today – is right at hand. Intelligent automation technologies are primed and available to help companies realize their automation aspirations.

Here are our five predictions for how intelligent automation will transform organizations over the next 12 months.

1. Intelligent automation extends from the back office to the front office

In the back office, organizations have been using automation to create operational efficiency for some time – for example, to reduce or eliminate time-consuming paper-based processes. But more recently, they’re extending automation into the middle and front office as well, opening the door for full-scale, enterprise connectivity.

In the middle office, regulation compliance is being automated, with any potential issues flagged for human review. In the front office, automation is being used in customer-facing situations via chatbots and virtual assistants. While chatbots are not new, advances in AI are making them more powerful so they can assist customers in deeper ways.

For instance, Coyote Logistics embraced intelligent automation across the enterprise and uses it in just about every area of the business, including accounting and finance, customer operations, carrier development and marketing. Intelligent automation gives the company a competitive advantage, as employees don’t waste time on mundane tasks. They’re free to focus on functions that deliver higher value, such as making sales and serving customers.

2. The rise of digital workforce management

Coyote’s experience points us to our second prediction: In 2020, more enterprises will move towards digital workforce management by deploying an intelligent automation platform that consolidates complementary automation and AI technologies. This new ecosystem will form a connective tissue that enables full-scale digital transformation across the enterprise.

An intelligent automation platform allows the enterprise to integrate its digital and human workforces and better manage compliance issues, version control and software robots. Robots can be embedded within applications, handling database updates on their own without any human intervention. However, if a problem occurs, human workers can intervene quickly to tweak automation components.

For example, current robotic process automation (RPA) technologies allow organizations to tag and name robots to resolve issues faster – before they become noticeable to customers. A particular robot named “David” can be granted password access to certain applications. If “David” encounters problems logging in, an alert is triggered and humans can take action and get the robot back to work.

Further, an open architecture allows enterprises to build a customized solution, with the ability to adopt and extend capabilities at the appropriate pace. The result is a balanced workforce of digital workers and human talent that seamlessly work together – avoiding the friction that often occurs with point solutions.

A robot on its own is dumb. But new tools and connectivity are making RPA robots smarter. When complementary technologies – such as cognitive capture, OCR, process orchestration, artificial intelligence, among others – are integrated, robots become more capable of making decisions on their own.

For example, with cognitive capture, organizations can ingest and understand documents in any format and through any channel. Facial recognition and e-signature open new doors for communication and customer transactions. Advanced analytics and AI provide increased visibility and actionable insight. AI is also allowing rel="noopener noreferrer" companies to leverage handwriting recognition and image interpretation to automate more tasks than ever before. With machine learning and natural language processing, robots are taking initiative and becoming more cognitive.

As we see more use cases for the convergence of these complementary technologies, we’re witnessing a shift in buying behaviors from traditional IT buys to the acquisition of technologies that are outcomes-based and can deliver higher business value. That’s why RPA as a stand-alone solution is officially retired, and the market is moving on to integrated intelligent automation.

Operational efficiency will continue to be a main driver for the adoption of automation technologies. But intelligent automation generates added value in other ways too. One in three respondents to the Forbes survey cited an improved customer experience as an expected outcome from end-to-end automation.

For instance, even as intelligent automation generated cost savings at Coyote Logistics, it also helped the company improve customer experience by making it more cost-effective and efficient for their customers to ship with them.

With intelligent automation, Coyote and its clients have greater insight into the state of the shipping marketplace. They gain visibility into capacity, alternate schedules and just-in-time shipping options. Coyote’s tools also accurately predict goods at the dock, so clients can route trucks and manage shipping schedules more efficiently. Customers reap the rewards of Coyote’s investment in intelligent automation, and this higher level of customer service gives the organization an advantage over its competition.

Until recently, a significant roadblock to full automation was the ability to process documents, such as emails, PDFs, images and other unstructured data. Since unstructured data can’t be interpreted in rows and columns, it usually needs a human touch to classify, interpret and extract salient data from it. According to AIIM, 62% of all processes involve this type of unstructured data.

Reducing friction in document-laden processes is necessary to expedite and transform operations. Doing so will allow companies to respond to business interactions more deftly and accurately than their competitors.

Whether this is customer service/experience, compliance, supply and distribution or finance, the company that reduces friction with skill, precision and speed will win. Further, they’ll also be able to accomplish more with the same number of employees.

“The most successful companies in the world today run on software and employ rel="noopener noreferrer" fewer employees than their predecessors,” says Forrester. “Facebook employs only 25,000 people. It generates a staggering $1.6 million in revenue for each one. Apple generates $1.85 million per employee, and Google parent Alphabet generates $1.2 million.”

Document-laden operations bogged down by friction are the optimal business area for intelligent automation – and executives have much to gain by casting a gimlet eye across their organization for such opportunities.

Taken together, these trends reveal the overriding theme of 2020: Intelligent automation will drive digital transformation rel="noopener noreferrer" and competitive advantage. Indeed, KPMG predicts enterprises will spend $232 billion on intelligent automation by 2025. By the end of next year, we expect the adoption of integrated automation technologies to be in full swing – and enterprises seeing big wins from their automation strategies.

Learn how RPA adoption transformed into intelligent automation and what that means for the future.