Oxfordshire County Council (OCC) is one of the largest local authorities in the UK. It has over 21,000 employees and offers a diverse range of services. Over 14,000 staff are employed by schools in the region, with another 7,500 employees working under the corporate umbrella. Corporate services include: Children’s social services, Adult social services, Museums and Libraries, Highways, Fire services, Central services - including human resources, finance, IT, communications, the Executive, elected Councillors and local democracy. One of the core values of the authority is efficiency and effectiveness, aiming to “maximise the value of the resources we spend on behalf of the community.” It means the council strives to find new and better ways of delivering services. In 2005 this value became a driver for change in the way the authority managed its documents.

Oxfordshire County Council, one of the largest local authorities in the UK, strives to “maximise the value of the resources” it spends on behalf of the community. However, it has always “run on paper.” That changed with Kofax Capture™ and its integration with SAP, which allows incoming documents to flow directly into the agency’s EDMS.

Like many local councils, Oxfordshire was ‘running on paper’ across the organisation. Pieces of paper were written on, rubber stamped and posted in envelopes both internally and to external audiences.

John Leggatt, Principal IT Specialist at Oxfordshire County Council, explains, “Imagine a manager in IT needs to recruit a new systems analyst. He or she would fill in a paper form, put it in an envelope and the internal post would deliver the request for resource to HR. HR would approve the request, on another piece of paper, take a copy for the file and return the original to the IT manager.”

He continued, “An advert for the role would be created, CVs would be arrive on paper in the post, be copied and filed. Invites for interviews would be posted out, rejection letters also sent. All copied for the file. Interview notes would be made, copied, filed. As would, eventually, an offer letter.”

Yet the paper doesn’t stop there. Paperwork for payroll and appraisals for the new employee, together with copies, are all generated. The organisation recruits around 3,000 new employees per year, that’s an awful lot of paper.

In 2005 OCC started the process to rationalise office space. Human resources was moved to a dedicated building that simply didn’t have the storage capacity for that much paper. Leggatt explains, “In the original building which housed human resources, 40% of office space available was dedicated to paper storage. When you consider that just one filling cabinet occupies around two square metres of space, you can see why.”

The new offices intentionally did not have that much room. The decision was made to move to a more electronic process.

Oxfordshire County Council stored 45,000 files. Each file could contain as many as 150 pieces of paper. During the move, of those 45,000 files, 5,000 were culled as ‘no longer required’. The 40,000 that remained were sent to a third party for bulk scanning. “We sent them a vast amount of paper in boxes, they came back to us as electronic scans”, Leggatt adds.

The next stage of the solution was to maintain the electronic capture of files as they came into OCC as paper. “Internally we set up email forms and processes for communication, but the requirement for signatures in certain departments was paramount, and documents still came into us via the post, so we had to keep some paper.” Leggatt explains.

The answer was Kofax. OCC implemented Kofax Capture, Enterprise Edition for its HR document management. “The ultimate feature for us from Kofax was its ability to integrate document capture with our existing SAP system. That’s where Kofax really delivered value.”

The existing SAP HR system was used by the department as an index of employees. The Kofax solution recognised this index and pushed electronic documents seamlessly into it. So the index was maintained.

“Kofax offered us full integration to our electronic document management system (EDMS) allowing documents to flow directly into our existing set up. It’s a managed system so nothing can get lost. That’s animmensely powerful proposition.” Leggatt enthuses.

Customer engineering and integration of the Kofax technology was carried out by Platinum Partner, Twofold. Tim Miller, Director,at Twofold adds: “It was clear to us that ensuring control of documents was a key driver for OCC. Twofold were able to customise the solution based on our vast experience with Kofax solutions.”

At first there was reluctance among users of the new system as they made the change to electronic documents. “Most people just couldn’t get to a point where they didn’t want to print the document from their screen.” Leggatt outlines, “Senior management were relatively easy to win over, but grass roots took a little longer to accept.” Perseverance and training paid off, however, and within two months users had been won over. “We went from hate to love in a very short period of time”, Leggatt adds.

Moving forward the authority were faced with further challenges. The Victoria Climbie Inquiry in 2007 led to a recommendation that local authority agencies should be able to share records. The Electronic Social Care Record scheme (ESCR) was announced. Leggatt explains, “ESCR required electronic documents so that they could be shared acrossgeographic and organisational boundaries.”

The council needed to transform 15,000 live social services files into electronic format, load them into to the existing EDMS and allow them to be accessible to all parties.

“Where multiple files exist on a live case they need to be stored centrally to create a ‘common view’ of that person,” Leggatt explains. “But we were still faced with lots of paper based communication. The demographic who mostly require social services are not PC literate, so for assessments and correspondence paper is still required.”

Once again Kofax provided the critical interface between paper and electronic records. There are 36 social services offices distributed throughout the county, some within hospital facilities. Today, there are 16 Kofax enabled scan stations all allowing documents to flow to a central network.

Tim Miller of Twofold explains, “It’s usually an administrator who does the scanning of paper documents. Many work part-time over two locations. The system needed to be extremely simple to use to avoid it becoming a barrier.”

In conjunction with OCC, Twofold produced a bar code on forms that can be scanned, keeping the system simple and reducing training costs. Mistakes are almost impossible to make.

Social workers were another challenge when piloting the system, in fact at first they too struggled with the paperless challenge. Three months later, however and it became the enabler for further change and in fact resistance came when it was tentatively suggested the new system be taken away.

“Accessibility and information flow were critical drivers in this area of the council. Today all documents can be seen by all parties, including the emergency teams often on call at home. It really has transformed the way social services work.” Leggatt concludes. 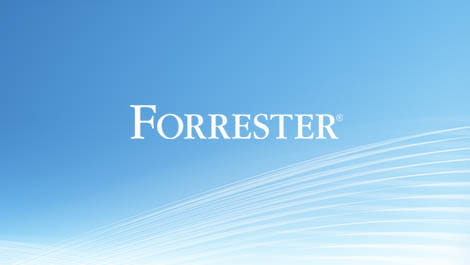